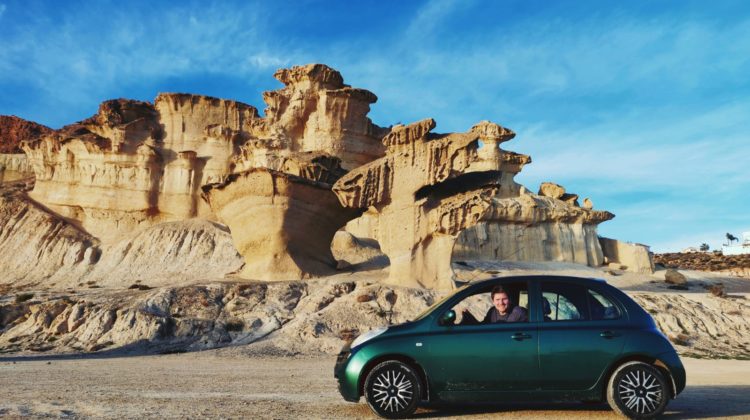 A Nissan Micra seems an unlikely choice for a road trip around Europe but compared to a Motorcycle (which I usually ride), it has a lot of space. I was very surprised by the performance of the little green beast after 2,000 km along the Spanish east coast over Christmas 2018. We plan to continue our road trip in the spring and summer of 2019 with the family.

How we got the car

A good friend was moving back to Spain from Finland and wanted to drive her stuff back, however she didn’t want to keep the Finnish registered car.

For us a road trip around Spain sounded fun and I was interested in having a car that I could leave in different cities around Europe, giving more flexibility than what you get with a hire car.

The car was affordable and in mechanically sound so I purchased it and agreed to picked it up from Barcelona later in the year.

How it was to drive 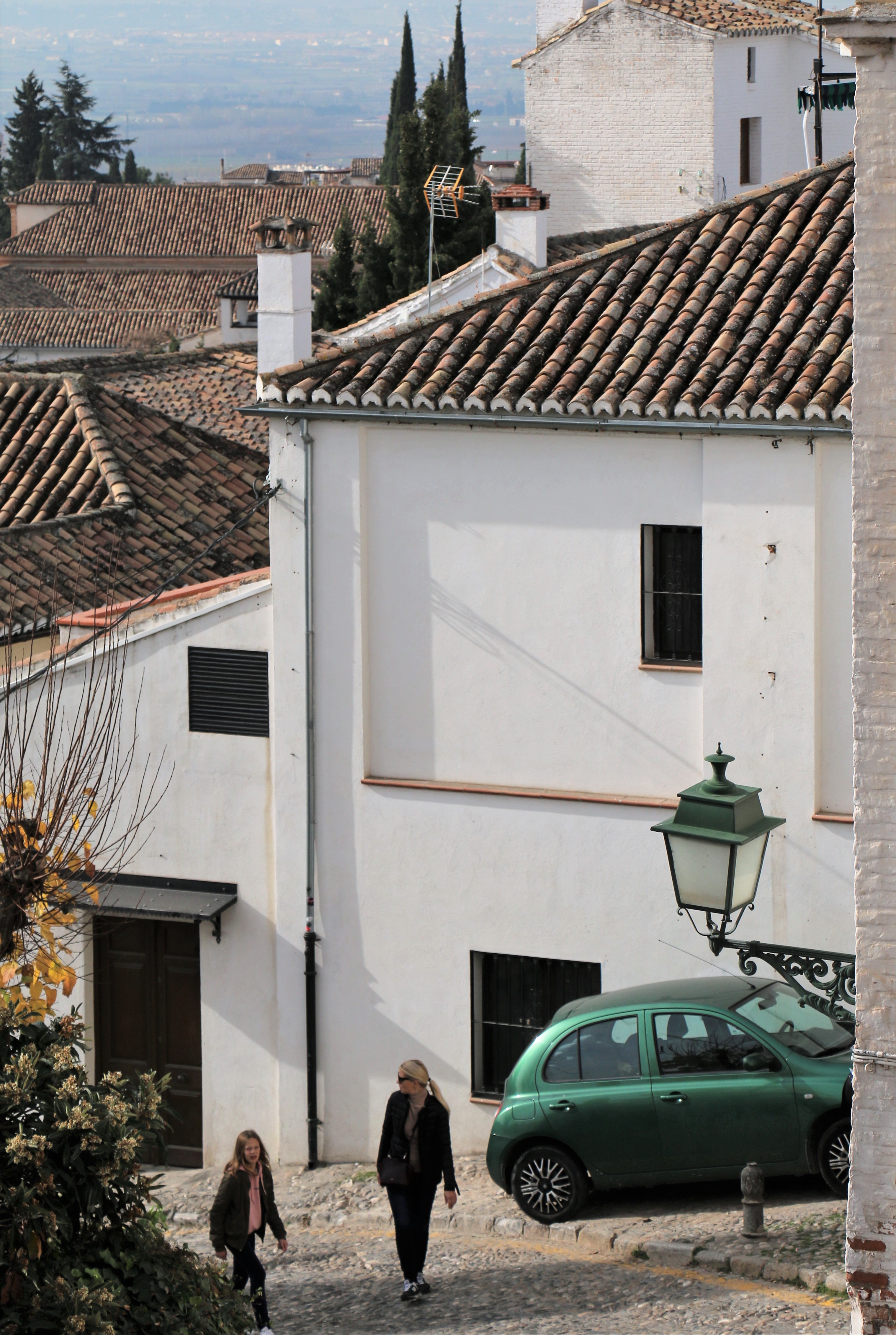 Prior to buying the Micra, I had taken it for a spin around the neighborhood but it wasn’t until we got to Spain that we really put it through its paces.

As expected, the car was easy to maneuver and park on tight lanes, especially in some of the older Spanish towns. Aided by power steering, the turning circle of 5.4 meters made it possible to turn around with a single 3 point turn.

The car had exceptionally good ground clearance for whatever we threw at it. The short wheel base and high profile tires ensured it did not easily bottom out. Surprisingly there was only minor roll in the corners considering how high it sat.

The engine and gearing were the biggest surprise. With a powerful 1.4 liter 87 hp engine it was exceptionally responsive. Fuel consumption was a modest 6.2 liters per 100 km. The 46 liter tank gave range in excess of 600 km.

This vehicle, the Ag bike of the small car world, climbed streets in excess of a 20 degree gradient in 3rd gear. This was very confidence inspiring as I knew I wouldn’t easily find myself in any situation I couldn’t climb the car out of.

Using the gears was an effective way of controlling the speed on mountainous roads although there was a big gap between 3rd and 4th which made downshifting difficult at speed. It would require some breaking before the down shift so as not to over rev the engine.

Highway driving was not the Nissan Micra’s strong point but it was still manageable. I sat on around 3500 rpm on the highway which gave a speed of 104 km/h.

The car was noisy at highway speeds, especially with wind whistle from the back. It still whistled less than a motorcycle helmet so I did’t think it too much of an issue.

The interior was very basic but adequate. Due to the high seating position and minimal leg room it was easy to get a sore right foot from the weird angle required to press the accelerator. Cruise control would have been nice but the car didn’t have it. After a few days I developed the technique of rotating my foot more to the right which caused less strain.

There was no air conditioning which wasn’t a problem in the winter but let’s see how it is in the summer. There was plenty of room in the boot for gear but not a lot of leg room in the back when the front seats were rolled back.

Our Road trip in Spain and Portugal 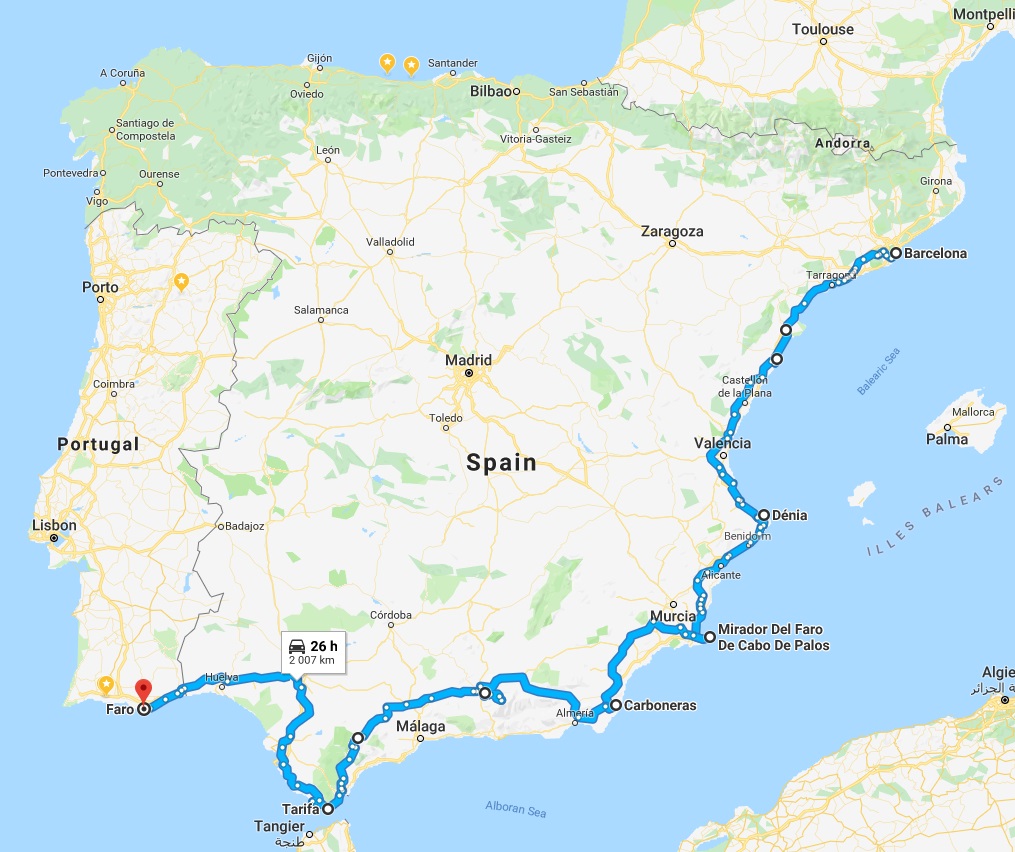 We spent 11 days travelling from Barcelona, Spain to Faro, Portugal. The car held up fantastically on the trip. We had no issues other than an airbag warning light that came on occasionally.

Even at high altitude in the Sierra Nevada mountains (2500 m) the car still had plenty of power (calculated 25% power loss at that altitude, 10% per km).

Initially we did some highway driving between Barcelona and Valencia but after that we managed to stay off the big roads most of the way, hugging the coast on the small roads until we went inland to Granada.

We mostly drove under 250 km a day which was quite easy to achieve. I changed the wiper blades and checked the oil a few times but the car didn’t need much more than fuel.

We have ambitious plans for the car in 2019. Some time in April-May, we will drive it up through Portugal and across the Pyrenees mountains back to Barcelona.

Come June we are planning to fly our family of 4 into Barcelona and head east along the French Riviera to Italy. We want to hit the Croatian coast down to Albania and then continue east to Romania and up to Moldova and Ukraine.

Let’s see how comfortable it is to drive when we get a few more people in the mix.