What you Need to know before Driving in Finland 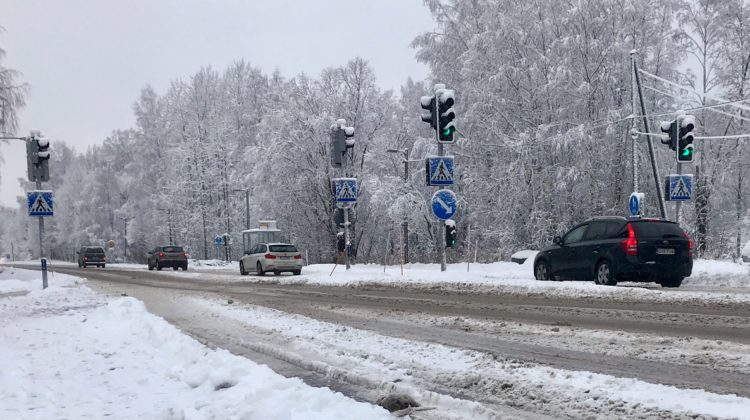 Finland is a society where there are a lot of rules and everyone will just expect that you know them. I learnt the road rules here the hard way. It was mostly just plain ignorance that there was a different way of driving here.

I lived to tell the story and am here today to impart some wisdom on surviving on the roads in Finland. 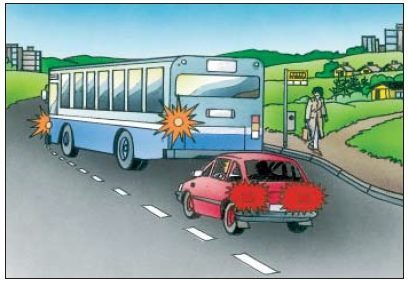 Most of my learning has been based on particular experiences and this one is no exception. Burnt into my memory is seeing the side of a bus come out of nowhere and me swerving to the other side of the road to avoid a collision.

You will not find any sign on the back of a bus indicating that they have right of way, but they do. If the traffic is travelling 60 kph or under you need to give way to them. 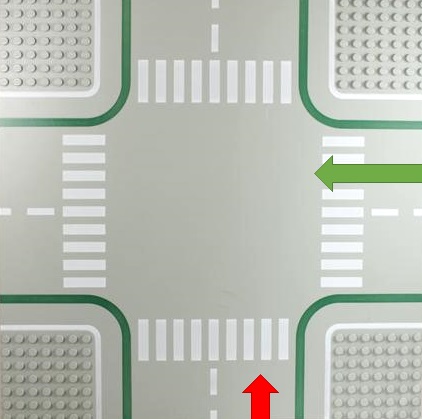 If you see a car on your right on a 3 or 4 way intersection, stop and give way. These intersections will usually have pedestrian crossings on each of the sides. There will not be any give way signs.

I learnt this rule while transporting heavy copper cabling in a van for the 2005 World Championships in Helsinki. I assumed I had right of way on what I considered the main road.

A car pulled out from the right very suddenly. Fortunately I was able to slow the van down enough not to hit him but it was a close call. I told what happened to a colleague and he explained the rule. 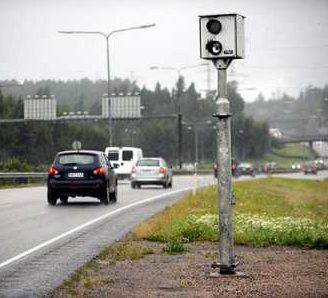 Speeding fines in Finland are based on income. They are designed to hit you hard proportionate to what you earn. The record fine to date goes to Jussi Salonoja, 27, heir to his family’s sausage business, who was caught driving 80 km per hour in a 40 kph zone. That was calculated based on his €7 million income.

There are speed cameras on the main roads and occasional speed traps (either vans parked on the side of the road with cameras operated by the Road Transport Authority or police with radar). Not all fixed road side cameras are actually functioning but if you see a flash expect a fine in the post.

Around residential areas it’s good practice to stick to the speed limit. There are lots of kids running around and it can be hard to see them coming out with all the parked cars. Police are usually very strict.  On the motorway it is another story where most people tend to speed a little (10 kph or so over the limit). Police usually turn a blind eye to this.

The police in Finland are usually nice. They are more interested in educating people than raising revenue. In 14 years of living here I have not had a speeding fine. Several times the police have pulled me over for various things but it has ended in a warning rather than a fine.

#4 – Drinking and driving is taboo 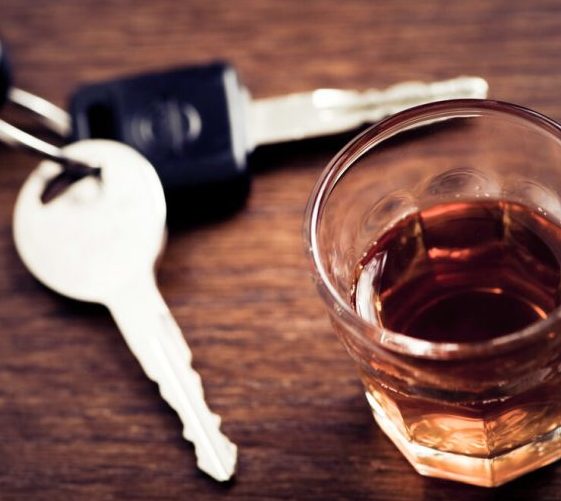 This may have something to do with the national tendency to binge drink. There is no concept of responsibly drinking and then driving.

In Australia people are educated on how much they can drink and still drive but here you will be looked down upon if you drink and say you plan to drive.

Regardless of the social taboo, if you want to responsibly have a drink and drive, the limit is 0.05. If you want to drink more than that you will need to take your boat (0.08).

Being drunk and riding a bicycle is an offence but there is no alcohol limit set for bicycles so it usually results in the police telling you to walk your bike. Apparently it is the same for riding a horse.

#5 – Stopping for people standing at a Pedestrians crossing is optional 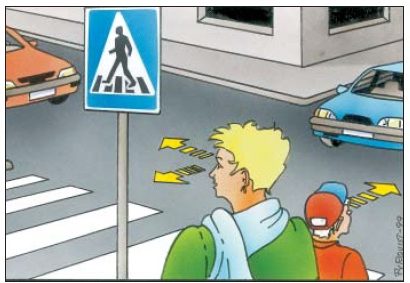 Even when pedestrians are crossing, some cars will swerve onto the other side of the road to avoid having to slow down.

Occasionally someone will give eye contact and say thank you but 9 times out of 10 people just walk across without paying any particular notice to the fact that you stopped.

For your own safety assume that cars will not stop and exercise extreme caution. 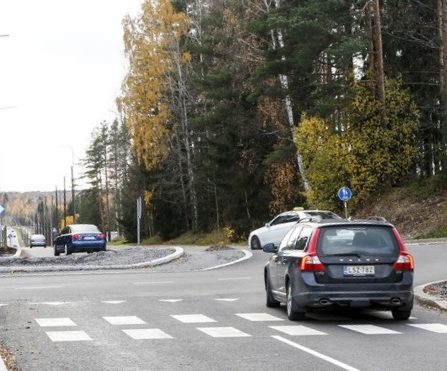 #6 – Indicate off a roundabout

Back home cars indicate when they intend to turn left or right from a roundabout. No indication means you go straight through.

In Finland you just indicate when you want to come off the roundabout. When you get used to looking for this it’s easy to know when you can go.

This one seems logical in winter with poor visibility but at first felt a bit silly in summer. The Finnish law states that cars must have their lights on whenever the car is moving.

If you turn your lights off in the summer people will flash their lights at you until you turn them on. Regardless of the weather, headlights do help with visibility and I have come to appreciate this. 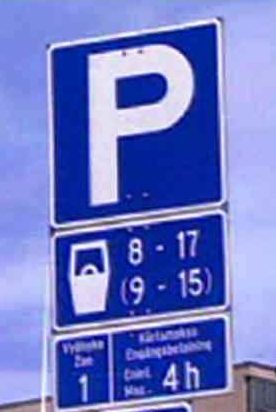 Parking signs are either blue or yellow. The yellow ones just mean people with parking permits for the area can park there any time.

Parking signs will have a picture of a meter or a parking disc like in the one pictured to the left. If it is a meter, you need to pay between the hours specified.The hours in brackets are on Saturday. Sunday and public holidays are free.

The zone number (1,2 or 3)  will specify the cost of parking and there will be a maximum number of hours you can park (4h on this sign). You can buy a ticket from a machine or use the Parkman app.

If the picture shows a parking disc instead of a meter then you need to set the time you leave the car on your parking disc and display it in the front window of the car.

If you get it wrong there is good chance you will get a €60 fine. They need to be paid fast as the late fees add up quickly.

The game has changed now that private companies can also issue parking tickets for parking illegally on private property. These fines are usually around €80. These private companies hire highly motivated young people to issue the fines so it is enough to walk away from your car for a minute and come back to a fine.

#9 – Winter tires are mandatory from December to February 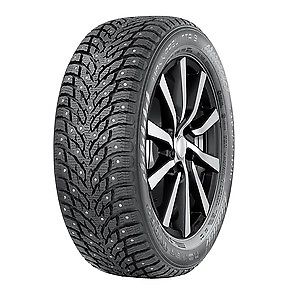 Finnish roads usually have a covering of snow and ice during the winter months (as can be seen from the cover picture). Without winter tires it would be almost impossible to get around. The government tries to limit when people drive with studded winter tires as they destroy the surface of the road.

Winter tires by law need to be on between 1st December and 28th February. You can put them on as early as 1st November and take them off as late as the end of May. If the conditions require it they can stay on longer.

I am usually keen to get them off as soon as practical as they are loud and uncomfortable compared to summer tires.

#10 – What to expect from Finnish drivers

Finnish drivers are calm and steady. Very rarely does anyone do anything unpredictable or stupid.

Having said that, they are also seldom flexible or easy going. If you are even the slightest bit slow to react to a green traffic light, expect a long and loud honk.

If cars have stopped and you need to change lanes, drivers will often actively block you for no other reason than it is not convenient to have you in front. Don’t expect any favors when merging onto a highway, people are seldom considerate to make room for others trying to enter.

Taxi drivers are by far the worst. While they are polite and nice when you are their passenger, they don’t play nice when you are a fellow driver. They will cut you off and think nothing of it but if you do the slightest thing wrong they will be sure to let you know.

Here is the link to an Official book on Finnish Driving Rules published by the government. Enjoy the beautiful roads, keep cool and stay safe!