Airports of the Torres Strait Islands 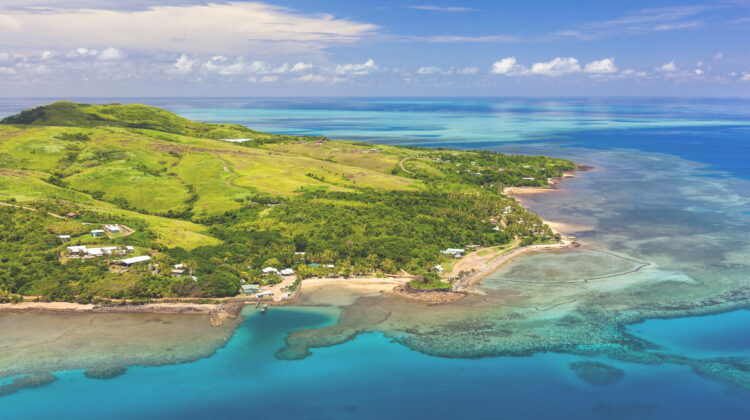 The Torres Strait Islands Archipelago is located between Cape York in the far northeast corner of Australia and Papua New Guinea. It consists of 133 islands, sandy cays and rocky outcrops of which 38 are inhabited. 12 of those have airports. The most northern island is right to the doorstep of Papua New Guinea less than 4 km from its mainland.

Scientists tell us that the Torres Strait Islanders know a fair bit about Global Warming – they have seen sea levels rise 100 m over the last 8000 years, and it is becoming ever more of a threat to their way of life. Today as few as 4500 Torres Strait Islanders inhabit the islands with the remaining 28,000 now living in mainland Australia.

Not only are the culture and traditions of Torres Strait Islanders unique, but the challenges to connecting their geographically dispersed community. Airports play an important role in connecting people and bringing in time-critical supplies and services to where they are needed.

Many of the Torres Strait islands are small and their runways are short. In fact, the shortest commercial runway in Australia can be found on one of them. Local air operators fly legendary utility aircraft like the Britten Norman Islander, Cessna 206 and Cessna 208B, taking off using as little as 300 m of pavement.

Let’s jump in and take a look at some of the unique islands and airports that make up the Torres Strait Islands.

Darnley Island, known locally as Erub Island, is a 570 hectare isle at the northeast fringe of the Tores Strait. It is 181 km northeast of Cape York and 70 km from Papua New Guinea. The island is permanently inhabited by around 400 people, almost all of Torres Strait Island descent.

The island is famous for being the first place missionaries landed in the 1870s. Since then Christianity has become the dominant religion.

The island has no tourist industry but there is accommodation on the island for visiting guests. The people rely on fishing and traditional crafts for their livelihood.

Darnley Airport is set up on a plateau 220 feet above sea level. The length of the runway is a frightful 500 m with a sharp cliff drop-off.

The island is serviced daily by Skytrans Airline using Cessna Caravans. The minimum ground roll for a Caravan is around 400 m so there is not much margin for error.

All of the scheduled flights usually involve island hopping to a few other nearby islands before landing in the hub of Horn Island near mainland Australia. Flights are subsidized by the Queensland government usually with a one-way ticket fixed at around $100.

To visit any of the Torres Strait Islands, approval must be granted by the local council. If you do manage to get approval there are plenty of pretty beaches around and fishing to be enjoyed.

Murray Island, known locally as Mer Island, is 46 km to the southeast of Darnley Island and is the most easterly island in the Torres Strait Archipelago. It was made famous by the Mabo vs. Queensland case in which the island’s inhabitants led by Eddie Mabo challenged the notion that Australia was Terra nullius prior to colonial settlement. They won in the High Court and this paved the way for Native title in Australia.

The runway on the island is a paved 535 m airstrip and runs right in the centre of the island.

Murray Island in the past has had challenges with drinking water and has more recently been on rations of only 6 hours of running water per day. The root cause was found to be an accumulation of many small leaks in the plumbing infrastructure on the island. There is work underway to address the issue.

The population of the island is around 344 people. Most people live on the northwest side of the island by the water’s edge as pictured above.

Warraber Island is formed on a coral cay right in the middle of the Torres Strait. It is 62 km northeast of Cape York and has a sealed runway of 685 m. The island is inhabited by approximately 250 people.

The highest point on the island is only 5.76 m above sea level which makes global warming of particular concern here.

To enable easier shipping to the island, a channel has been dredged on the north of the island.

If you manage to get permission to visit the island there is visitor accommodation of 3 single rooms at the airport.

The sand beaches here are lovely and the snorkelling is probably good too.

Mabuiag International Airpot holds the record for the shortest commercial runway in Australia, measuring in at just 400 m from threshold to threshold. There is an additional 30 m on each end of displaced threshold which can be used for take-off.

Mubuiag Island is actually a decent size land mass measuring 630 hectares but for convenience, the runway was built on the flattest piece of land which also happened to be the most narrow part of the island.

Close to the end of the runway, you will find a yellow sand beach with calm waters. The town centre is also here, but don’t expect to find much more than a General store, Medical Centre and a Post Office.

Boigu Island Airport is the most northern airport in Australian territorial waters and lies just 8 km off the coast of Papua New Guinea and 160 km north of Cape York. Neighboring Saibai Island, which also has an airport, is only 3.7 km from Papua New Guinea but it is not as far north.

Boigu Island Airport has a sealed airstrip with a runway length of 720 m including the extended threshold. It is serviced regularly by the previously mentioned Skytrans airline.

Boigu Island has a population of around 270 people which is less than neighbouring Saibai Island with around 465 people.

The beaches here are not particularly pretty as they are in close proximity to muddy mangrove vegetation.

Australia administered neighbouring Papua New Guinea up until 1975. When they gained their independence, the Torres Strait islands and their people stayed with Australia as they were seen as a unique group of people with a separate culture and tradition.

Coconut Island, known locally as Poruma Island is a small community of 149 people located in the middle of the Torres Strait Archipelago, 98 km northeast of Cape York. The island itself is only 1.98 km long by 0.3 km wide making it one of the smallest inhabited islands. Its highest point is 12 meters above sea level with the average height above sea level being 5-7 m.

The airport on the island takes up a considerable amount of real estate and is actually one of the longer airports in the Torres Straits, measuring 740 m in length.

The Australian government played a heavy hand over the years moving families with children from the island so that the children could go to school. The island did not get its own primary school until 1985.

The beaches on the island are gorgeous and made up of rock, coral and sand, depending on where you are on the island. For those interesting in learning more about the island I have linked to the Community Master Plan.

Masig Island is one of the prettier islands in the Torres Strait. It has a long sand bar stretching between it and neighbouring Kondall island which is frequently used for Kite surfing. It is a further 50 km northeast of Coconut Island.

The island is teardrop in shape and has a length of 2.7 km by 0.85 km at its widest point. The runway on the island is 1000 m long which makes it one of the longest after Horn Island.

Unlike many of the other islands which struggle with industry, Masig Island has a successful fish factory that has provided income to the island. Fish and other seafood products are air freighted off the island to mainland markets.

Horn Island Airport located 22 km north of Cape York and is the hub for Torres Strait air transport. The airport was originally built by the Australian Airforce in 1941 as the staging base of allied war efforts against the Japanese who had taken most of the South Pacific. It was the most heavily bombed site in Australia after Darwin.

The runways are long enough for Skytrans’ 5 De Havilland Canada Dash 8-100 aircraft to operate. These aircraft can carry 36 passengers and are perfect for the longer hops to Cairns. Here is the route map for the airline.

The island itself is 7.5 km by 8.5 km and populated by around 530 people. There is a ferry service between the town on the island and neighbouring Thursday Island which is 2.6 km away.

Thursday Island has a population of nearly 3000 people and there has been a housing crisis in recent years. Interestingly only 10% of Torres Strait Islanders own their houses with the majority living in government provided housing.