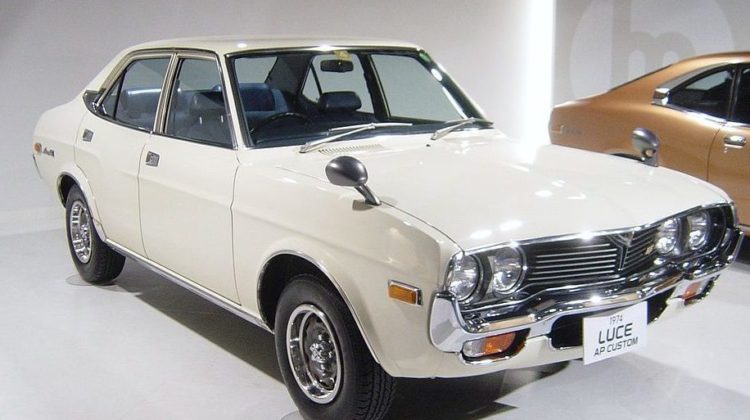 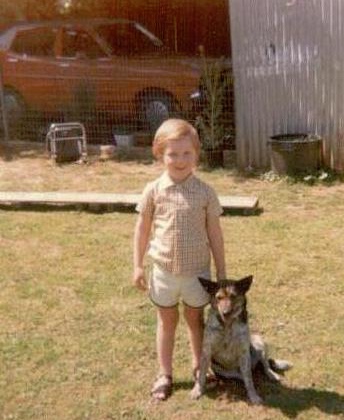 My first memory of a car comes from the white canvas roofed orange Datsun owned and operated by none other than my mother. She took a small loan from her father and bought it new. The car came at a discount due to minor hail damage. There was nothing fancy about the four speed manual, it was practical, reliable and good value for money.

My father was not as meticulous in looking after the car as she was. One night in a heavy rain storm he inadvertently drove it over an embankment. Fortunately for him he happened to be driving with a friend who was quite close the size of a norse giant. The legend goes that he just lifted the car back onto the road and the journey continued. I was in the back of the car apparently but was too young to remember.

The car was later traded for a white Toyota Corolla which had a bit more space in the back for 3 kids.

My father never owned a new car his life, not for lack of money, but it was just a pleasure he never cared for. To him cars were just a necessity to get around and nothing more. 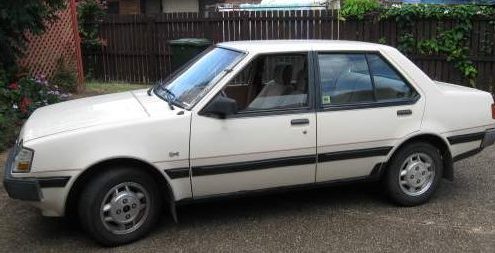 The cheaper the better as long as they were fit for purpose. Though seldom washed they were always well mechanically cared for.

Bought from someone who knew someone who was selling a car, all the mechanical TLC in the world could not save this menace of a vehicle. It burnt almost as much oil as it did fuel. This “Bitsashitty” as it was known was memorable to me because it was the first car I learned to drive in. I remember bunny hopping it in a sheep paddock and learning how to park with it.

From memory it was involved in an accident and written off. As dad was not the driver at fault he ended up with a payout well in excess of what it was actually worth. Sometimes you just get lucky. 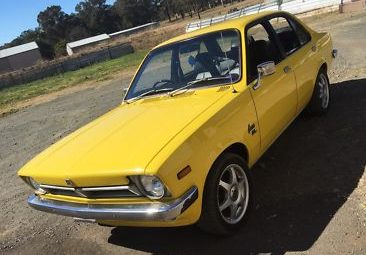 This proud piece of Australian history was owned by my grandmother and frequently borrowed by my father. I remember driving it down the back lane on many an occasion.

Regardless of it being automatic, it had a very rough gear change. The secret used to be to back off the throttle just before it shifted to try and smoothen it out.

My claim to fame with this car was running it into the stone letterbox while moving it for my dad. Apparently I wasn’t the first to do it but I did a fair amount of damage to the left door, especially when driving it off the letterbox.

Being  a good grandson I faithfully fixed the letterbox and worked with the panel beater across the road to fix the door. A bit of cement later and $300 to fix the door, everything soon looked as good as new. 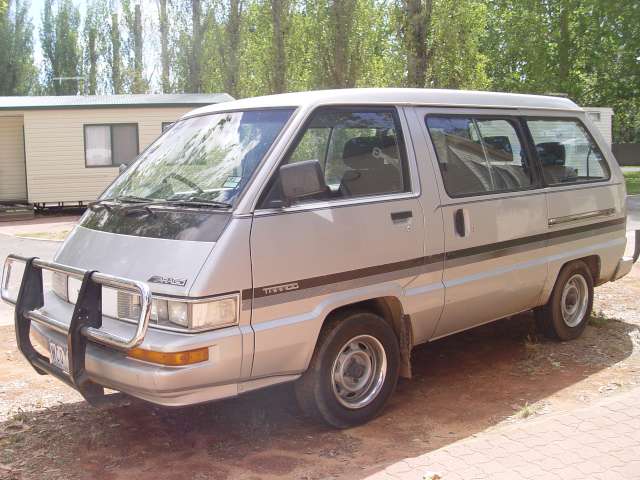 The Toyota Tarago was bought by my mother and step father out of necessity to move around a blended family. Four teenagers required something bigger than a standard sedan.

Like most Toyotas it was pretty reliable, except for the time it blew a head gasket on a family vacation. On those long family road trips my step father used to let me change the gears and steer from the passenger side.

When my learners permit was obtained it was the car I took to the streets with and the car I sat my final exam in. I suppose the instructor thought if I could park that thing I could park anything, and it wasn’t the sort of car he would have to worry about me tearing up the streets in. 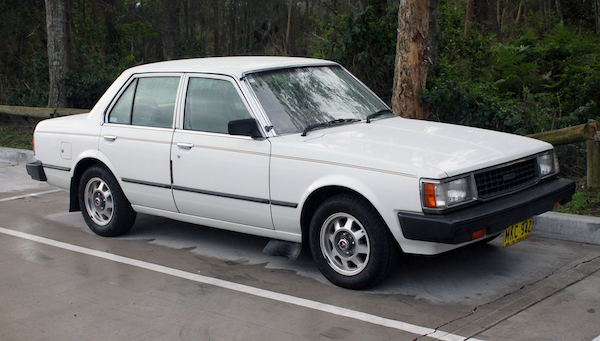 Apart from the heavy steering and stiff gearbox this car was a pleasure to drive. Swooping in on an opportunity after my sister bought a new car, I managed to secure a pretty good deal.

My joy was short lived with this car as within the first week I managed to total it on my move up from Canberra to Brisbane in Australia.

Just north of Sydney I came around the corner on the freeway only to find the traffic stopped dead. Had I not been tuning the radio at the time I might have noticed the oddity a fraction sooner.

With the back seat and boot full of stuff I was quite desperate to complete the journey. By luck the tow truck driver left the car and I outside a mechanic who took the challenge to make it road worthy to complete the trip. He asked me how much I had to pay him for the job. $350 I sheepishly replied. Oh yeah he said, that will probably do.

I still remember him jumping on the bonnet to flatten it and tying a chain to the front axle and slamming it in reverse to pull the front end out. Fortunately the engine was mostly in tact except for a broken distributor cap and a radiator that had been punctured by a tow bar. It was pretty spectacular to see him at work. Within a couple of hours it was ready for the road. From a distance it looked okay and sure enough it made the remaining journey. 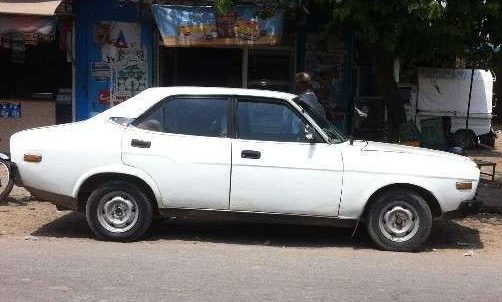 Probably one of the most fun cars I ever owned, this Mazda was acquired by my cousin Josh on my behalf for $400 to replace the above Toyota. It handled well, had a massive boot and didn’t use a whole lot of fuel which was important for a student.

There were some overheating problems in the summer and it used to backfire every now and again, but these just added to its character.

One memorable trip in it was when we hitched up a trailer and took some dirt bikes up into the hills. We found ourselves heading up this narrow fire trail along a mountain ridge that dropped off on both sides. This track just kept on getting steeper and steeper and we precariously knew the only way out was up. Trying to back the trailer down the hill would have been impossible. As we edged up near the top the  rear tires started spinning for traction. We were petrified of going off the edge. Somehow the car managed to pull us up even if we did lose half the tread on the back wheels from all the spinning.

Due to the high cost of keeping both a car and a motorbike registered and insured I chose to get rid of it. The only buyers for it were some local druggies who promised to return the number plates after they got it home as the car was unregistered. The druggies however were just planning to keep the plates and drive it around so all infringements would come my way. After a week Josh and I found out where they lived and we went around for a chat. Let’s just say they handed over the plates pretty fast when they saw the looks on our faces. We were two six foot blokes who meant business. 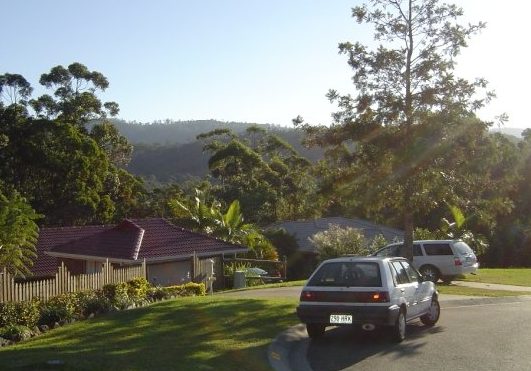 Last but not least was the Nisan Pulsar. After returning from studies in Taiwan, I managed to pick up this car with a small loan from my step father. I used it to commute between university in Brisbane and where I lived and worked on the Gold coast with my parents.

Apart from needing a new timing belt and some other regular maintenance it was pretty reliable. My only mistake with it was trying to loosen a tree stump with it. While it did not seem much of a tree root, it still managed to snap a couple of bolts in the engine mount which caused the engine and transmission to shift, making it impossible to use 2nd or 4th gear.  A university mate who owned a workshop helped me to fix it for a reasonable price.

The car was later sold when I moved over to live in Europe after the conclusion of my studies.