If there is one thing the little nation of Finland can promise you other than cold weather, its tax. Vehicle tax is a lucrative revenue stream for the government generating around 2 billion euro a year.

In an effort to save money and find a wider selection, many Finns turn to neighboring countries, most notably Germany, to find second hand vehicles.

The country has had a colorful past with protectionism and creative car taxation which have put it at odds with the EU on more than one occasion. A result of this protectionism and high taxation, cars in Finland are some of the oldest in Europe, lagging far behind western European neighbors. 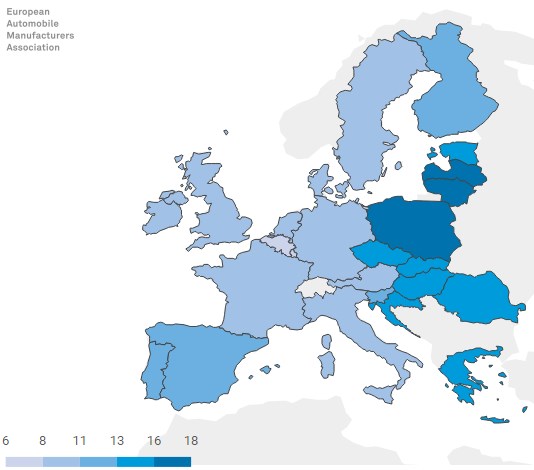 The current taxation model in Finland on imported vehicles from EU countries is based on CO2 emissions, the same system that is applied to new cars when sold on the domestic market. The previous model based on a VAT tax was thrown out by the EU court of justice in 2009 after it was found to be discriminatory. Now a similar amount of 20ish% is levied on most cars. If you are willing to compromise on horse power and go green there are big savings to be made.

The tables that the tax office generates for calculating how much tax should be paid are many and complicated. (Official lists) The basic idea is the older the car the less demanding the CO2 requirements. The tax percentage is always based on the perceived Finnish market price, not what a person paid, so the calculations may end up being subjective and dependent on who you get on the day.

Below is a sample table of the tax percentage payable on Finnish market value of cars produced in 2016 being imported to Finland. 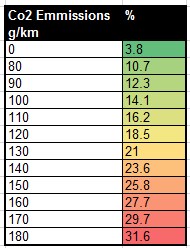 According to the European commission, the average CO2 emissions for cars sold in 2016 was 118.1 g/km.

Importing any car producing over 120 g/km of CO2 starts to get expensive so the recommendation is to forgo the Audi A8 in favor of a Nissan Leaf.

If you still like the gas guzzling horse power then there is some good news as well on how to avoid Finland’s CO2 taxes. Vintage cars (over 25 years old) tend to enter the country with very little tax.

Previously the payment of Finnish car tax used to be handled by Finnish Customs (Tulli.fi) but they handed over the collection of revenue to the Tax office. Tulli used to maintain an excellent database of all historical taxes paid on cars imported. It seems the database is no longer available but I have attached a sample of it here with some additional analysis done on their data.

Take a moment to enjoy the winners and losers of those who have imported cars into Finland. 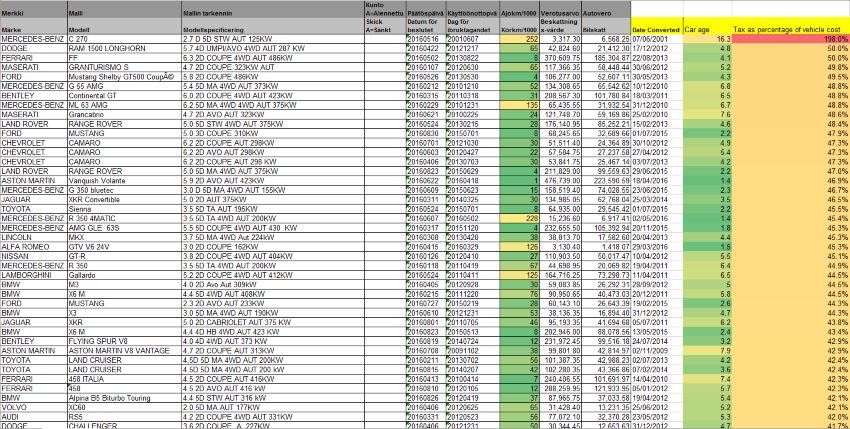 History of car taxation in Finland