The Woes and Wonders of Diesel in General Aviation 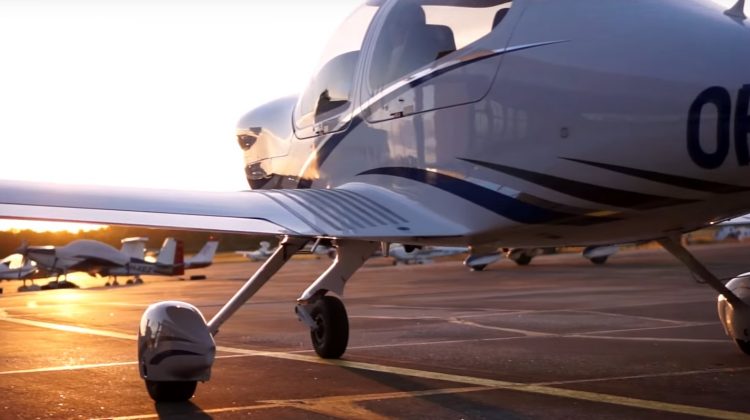 The success of Austrian made Diamond Aircraft in using Diesel engine technology has taught us two things. Firstly that Diesel has a viable future in General Aviation, and secondly that the drive in Diesel development and use will most likely continue to come from Europe.

Diesel has already been powering our Civil Aviation Aircraft since the early 1950’s. Today what is called Jet fuel (JetA, JetA-1, JetB) belongs to the High  flash point family of hydrocarbons collectively referred to as Aviation Kerosene or Diesel. Thanks to the economies of scale of Civil Aviation this Diesel fuel is readily available around the world at an affordable price.  Avgas 100LL in contrast is a high octane low flash point fuel specifically designed for General Aviation piston aircraft. Due to the lingering depression in General Aviation since the late 70’s mostly due to heavy regulation, high product liability insurance and global economic recession, Avgas is becoming more expensive and less available in many parts of the world.

Cost savings and Environmental Regulation the main drivers to Diesel

Avgas 100LL in many airports in Europe sells for over €3 a liter ($12 Gal).   Diesel on the other hand sells for half that price. Adding to that, diesel runs about 30% more efficiently than petrol due to leaner mixtures and higher energy density. Its also cheaper to produce as it requires less refinement. This adds up to substantial per hour cost savings. In the USA however Diesel is less than 20% cheaper than Avgas so the overall cost savings per tank are less than what we see in Europe.

Looming in the background is the US and European Environmental Protection Agencies (EPA) wanting to ban Avgas 100LL due to it’s Lead (Pb) content. They managed to get rid of Lead in car fuel which was a good thing but it’s not that simple with Aircraft. Removing Lead could affect the safety aspect of Aviation engines which the FAA and its European counterpart EASA will not accept. For the moment due to the limited scale of General Aviation it seems they are looking the other way on Avgas but the target has been set to eliminate Lead within the next decade so the clock is ticking. Most analysts believe Diesel is the most viable replacement.

Due to the high cost of designing Diesel engines from scratch most of the Aircraft Diesel engines in use today are based on automotive designs. Thanks to European legislation and subsidies starting in the mid 90’s aimed at reducing CO2 emissions, Diesel has a very strong hold on the European car market. From a niche market of less than 10% two decades ago, Diesel today can be found in 50% of the cars in use in Europe. This is in stark comparison to fewer than 5% of cars running on Diesel in the USA. This low adoption in the USA is mostly due to cheap Autogas and a bit of a branding problem. Most Americans still see Diesel as Europeans did before the Diesel revolution . The latest scandal of Volkswagen cheating on emissions tests has not helped the Diesel case.

Despite low American adoption, the scale of Diesel engine production in Europe coupled with bar raising European emissions targets, cheaper Diesel and higher Gasoline prices have spurred a Diesel Technology Revolution among the European car manufacturers. Courtesy of the European Automotive industry we have highly advanced and efficient Diesel engine technology which can be adapted for Aviation.

Diesel Piston engines by all merits are well suited to the General aviation profile. They deliver more economical flight with performance well on par with their Gasoline counterparts.

The Advantages of Diesel Engines:

The Disadvantages of Diesel Engines:

None of the disadvantages are overly onerous and most can be compensated for in the design. As experience with Diesel piston engines improve so will our ability to adapt the technology to Aviation. But we need to start somewhere and for this to happen the economics really need to make sense.

A few years ago everybody was getting excited about Diesel in Aviation. Cessna was working on two models, the Cessna 172TD and Cessna 182 JT-A. Even though Cessna confirmed its commitment to Diesel both projects seem to have died out with little or no explanation. This leaves us to speculate what could have caused them to get cold feet. Could it be the economics of diesel that weren’t making sense?

For their 172 the plan was to use the Centurion 2.0 135 HP Diesel engine based on the Mercedes OM640 engine block (the same engine can be found in the A Class 200 CDI). Current regulations on retrofit Cessna 172’s require the gearbox to be inspected by the factory every 600 hours. The options for owners are either to ground the plane for a month or swap out the gearbox. Both options are rather costly. What may have been a compromise in the early days to get certification lingers around 10 years later as an obstacle to diesel ownership.

In addition to the gearbox requirement there is a requirement to replace the clutch at regular intervals. If that were not enough the Time Before Replacement (TBR not TBO) for the engine is 1500 hours and even less (TBR 1200) on the 155 HP version. This same engine had acquired more than 1,000,000 flight hours as of 2008 without mechanical incident and has been run in heaven only knows how many cars over the last decade.

If this was still the requirement for Cessna it is no wonder they are reluctant to use the engine. Is this regulatory conservatism justified or is it leading to onerous precautions that inadvertently punish the new kid on the block. We all want aviation to be safe but the precautions have to make sense.

The Case Study of Diamond Aircraft and their challenge to Cessna

Diamond aircraft Industries of Austria can draw its roots back to 1981 where they started as a Composite motor glider producer.  Their entry into General Aviation Certified aircraft production took place in the early 90’s with the development of their Diamond DV20 Katana, a 2 seat trainer. In late 1997 the company started producing a 4 seat trainer, the Diamond DA40. Initial versions ran Avgas engines. In 2002 they started using Diesel engines made available by the German Thielert company. These were the TAE 125-01 (Centurion 1.7) and TAE 125-02-99 (Centurion 2.0), both stock Mercedes auto engines that had been stripped down and modified with aircraft parts.

Things were going well until Thielert folded which put Diamond in a difficult spot with their customers. Diamond quickly formed their own company Austro Engines in 2007. They received type certification on thier AE300 Turbocharged diesel engine in 2009. The 168 HP diesel engine is a modified 2 liter Mercedes engine similar to the original TAE 125-02-99 (Centurion 2.0) 135 HP engine they were using.

The Diamond DA40 NG (latest 4 seat variant) competes directly with the Cessna 172 as an IFR G1000 training platform. The price is similar as with the avionics but the performance of the DA40 NG is far better. The Diamond has a max cruise speed of 154 knots TAS at 14,000ft compared with just 125 knots from the Cessna. At 75% power the Diamond burns 24 liters an hour (6 gal) compared to 37 liters (10 gal) for the Cessna. Range for the Diamond can be as high as 940 nm at 60% power which matches the Cessna’s max cruise speed. This is achieved with 52 liters (14 Gal) less fuel than carried by the Cessna.  Max range for the Cessna is 640 nm, (a full 300 nm less).  The maximum ceiling is also higher for the Diesel at 16,400 feet.

Diamond Aircraft have gone onto extend the range by offering two twin engine Diesel aircraft variants. One with the 2 x AE300 168 HP engines and a luxury version with the new 2 x AE330 180 HP diesel engines. These aircraft offer  anti icing equipment making them an all weather aircraft. This multi engine redundancy aims to capture the void left by the discontinuation of the Cessna twins. With fuel consumption less than the Cessna 182 its no wonder Cessna has said they are committed long term to Diesel.

Still for the meantime Diamond will continue to enjoy their “almost” monopoly in Diesel aircraft. They took a gamble on Diesel and it seems to be paying dividends.

The future of Diesel in Aviation

Diesel has it’s foothold in Europe and will continue to grow, but to capture the General Aviation market in the USA it will require some changes in the economics of Avgas or in Government regulation. As we well know the skies are full of old planes and the whole industry moves very slowly so there may well be some waiting.

Those companies like Diamond who pioneer Diesel technology in new Aircraft will find themselves in a strong position to challenge traditional players like Cessna and Piper in International new fleet sales. Piper is already responding to the challenge by launching their own Diesel Archer DX and soon enough Cessna will feel the pain enough to resume their Diesel programs.

The more Diesel engines are in the air the more the technology will be fine tuned for the Aviation application meaning more suitable engines for Aircraft manufacturers to choose from. As always its a bit of the old Chicken and Egg story but at least we are moving in the right direction.

(1) Diesel produces 15% less CO2 than Gasoline. The real CO2 saving comes because 1/3 less fuel is needed to produce the same energy. On the down side Diesel emits 4 times the Nitrogen Dioxide of Petrol which causes visible pollution. It also emits 22 times more particulates than Petrol which makes it worse for human health. Still compared to the perception of standard Autogas warming the planet with CO2 and Avgas filling the skies with Lead, Diesel is still considered the lesser evil.
Aircraft Engines